His Strength in Humility

By Pranamami Guru Tirtha Padam August 25, 2016
Guru Maharaj [Srila Bhakti Dayita Madhav Goswami Maharaj] did not leave us with his intentions written only in his heart. Already during his manifest pastimes, even two years before his disappearance, he declared and broadcast everywhere:

“If I die, or if for some reason any other difficulty occurs, Bhakti Ballabh Tirtha Maharaj shall sit in my position. I am seating him as my successor. No one can have any objection to this.”

When our Gurudev disappeared, dark clouds in the form of adversities or misunderstanding were cast over the math, but the way that Srila Tirtha Maharaj has preserved Srila Guru Maharaj’s vani (instructions) is beyond words. We have been with him and witnessed that he did not deviate even one bit from any of Srila Gurudeva’s words.

He said, “As long as I live, I won’t cross one letter of Guru Maharaj's vani, whether you all are satisfied or angered.”

The way Srila Tirtha Maharaj has foregone eating and sleeping by personally staying in the middle of disturbances from all corners to preserve Guru Maharaj’s vani in its original and perfect form—no one can match.

The sloka trnad api su-nichena taror api sahisnuna amanina mana-dena kirtaniyah sada harih" is often repeated; I myself repeat it and tell it to others. We cannot act according to the sloka, but Srila Maharaj is the direct embodiment of that sloka. He is beyond our imagination of human capacity.

Every now and then, I have appealed to him, “Maharaj, please give some response to all this! If this can be done it would be good—in this way what needs to be handled can be handled.”

Maharaj said, “No! I won’t say anything! What Gurudev will do will put them in their place. No one should tell me anything in this regard.”

How many can have such courage? Is it possible for an ordinary human being? Impossible. In such a way, he has preserved Guru Maharaj’s vani. 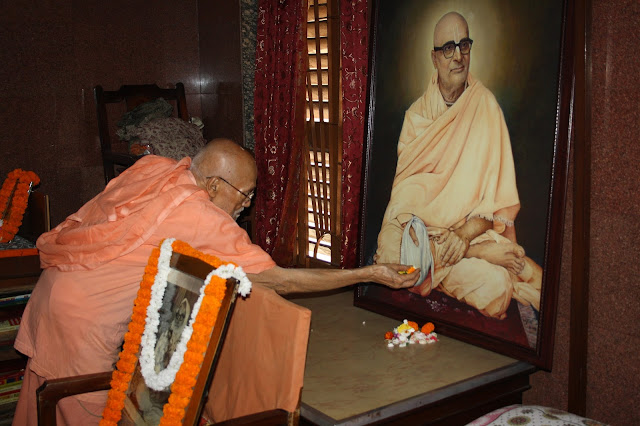 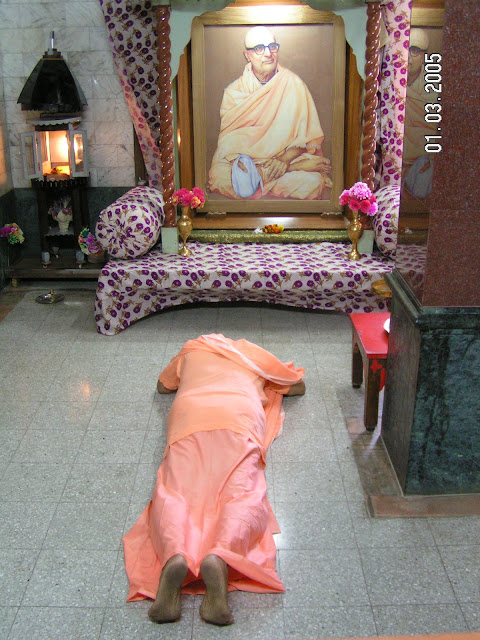 Popular posts from this blog

The Power of His Ācaraṇa 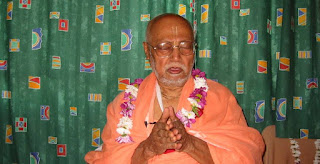 āpane ācare keha, nā kare pracāra pracāra karena keha, nā karena ācāra ‘ācāra’, ‘pracāra’, — nāmera karaha ‘dui’ kārya tumi — sarva-guru, tumi jagatera ārya ( Caitanya-caritāmṛta , Antya, 4/102-103) [Some people have good character but do not preach while other preachers have no personal example of their own. One has to execute both of these activities in a proper measure to do the work of an Ācārya.] Śrīla Bhakti Ballabh Tirtha Gosvāmī Mahārāj is a vital point among those established ācāryas such as Bhakti Vaibhav Puri Gosvāmī Mahārāj, Bhakti Pramod Puri Gosvāmī Mahārāj, Śrī Śrīla Bhaktisiddhānta Sarasvatī Gosvāmī Ṭhākur, and Śrīla Bhakti Dayita Mādhava Gosvāmī Mahārāj whose ācaraṇa is very powerful. An ācārya can inculcate true siddhānta in the heart of the bonded soul.  In this way, they can deliver and emancipate all bonded souls.  Otherwise, it is not possible to deliver a bonded soul.  This is a vital point.   You have to follow all Vaiṣṇava etiquette and at the same time, yo
Read more

He Begged Door to Door When His Godbrother Became Ill 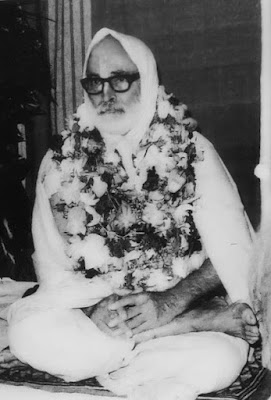 It was after 35 years after his [Srila AC Bhaktivedanta Swami Maharaj] Guru Maharaj [Srila Bhaktisiddhanta Saraswati Thakur] gave the instruction to preach abroad that he was able to do so. He was a householder and he had a business, but it was not too successful. Once he got tuberculosis. At that time, [contracting] tuberculosis meant the family will reject you. The medicine was too expensive, each day 120 rupees at that time in 1950s,  [today] that [is equivelent] to 12,000 rupees daily. Due to the fact that it was an infectious and contagious disease, his family rejected him. This is not in our written history, only spoken. That time Srila Bhakti Dayita Madhav Goswami Maharaja said, for the service of my godbrother, I will beg door to door, and he brought him to his temple. At that time, Madhav Maharaj had a temple in a rented house in Rasbihari, Kolkata. It is not the building where the temple is now, but five blocks from there. Madhava Maharaj kept him there for 6 months an
Read more

He Arrives in America on Guru-pūrṇimā, 1999 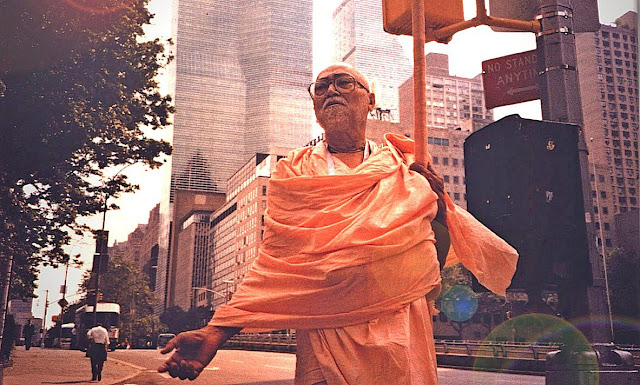 His Divine Grace Śrīla Bhakti Ballabh Tīrtha Gosvāmī Mahārāj arrived at John F. Kennedy Airport on Wednesday, July 28th, 1999 at ll:00 AM. Immediately upon arriving at the Brooklyn home of Śrīman Ramesh Naudiyal, (Bensonhurst, Brooklyn NY), a warm saṅkīrtana-ārati welcome was accorded to His Divine Grace. His arrival in America marked the auspicious day of Guru-pūrṇimā, the advent day of Śrī Kṛṣṇa Dvaipāyana Vyāsadeva, as well as the disappearance day of Śrīla Sanātana Gosvāmī. The U.S. tour of His Divine Grace Śrīla Bhakti Ballabh Tīrtha Gosvāmī Mahārāj has begun on a very auspicious note. Last night, Mahārāj spoke on the importance of Guru-pūrṇimā and guru-tattva . Though fatigued from a long 28-hour journey from India, Śrīla Mahārāj still insisted on honoring the day and holding an evening program that began at 8:30 PM. Rousing bhajan led by Bhūtabhāvana Das preceded his talk on the importance of guru , guru-tattva and the significance of Guru-pūrṇimā. After he was prompted to f
Read more